Four Things Everyone Needs to Know About Cannabidiol (CBD)

Four Things Everyone Needs to Know About Cannabidiol (CBD)

Cannabidiol (CBD) is the second most prevalent active ingredient of cannabis (marijuana).  While CBD is one of hundreds of components of cannabis, it does not have a psychoactive effect. According to a report from the World Health Organization, “In humans, CBD exhibits no effects indicative of any abuse or dependence potential…. To date, there is no evidence of public health related problems associated with the use of pure CBD.”

CBD has gotten a lot of attention in the mainstream market as it’s hailed for its many health benefits. CBD comes in various forms such as, body creams, oil tinctures, capsules and pills. While CBD has been around a very long time, it hasn’t been until the last few years that it’s gotten the attention of mainstream media, thanks to the legalization of cannabis in California and passage of the 2018 Farm bill.

According to CNN Business, “The number of products featuring the non-psychoactive cannabis compound — often heralded as a health and wellness aide — ballooned after hemp was legalized in 2018. As of August, there were about 3,000 different CBD brands jockeying for position, driving down prices and shredding market share, according to Brightfield estimates.”

You’ve probably heard a commercial for cannabis on the radio, listened to an ad on a podcast, or even seen CBD sold at the local grocery or pet store.  In fact, Martha Stewart is offering a whole line of CBD products of her own!

With all of the attention to CBD, do you know the difference between CBD purchased from the grocery store versus CBD products you can purchase from a licensed dispensary like The Good People Farms? We found it confusing ourselves, so we hope this article will help you learn the difference as well as a few other facts about this amazing ingredient and how to incorporate it into your life for all of its health benefits.

1.What is the definition of CBD

Cannabidiol (CBD) is a natural occurring compound in the cannabis flower. It is a safe non-addictive substance, CBD is one of more than a hundred “phytocannabinoids,” which are unique to cannabis and endow the plant with its robust therapeutic profile according to Projectcbd.com.

The history of medical cannabis according to Why Cannabis is Medicine by Leafwell, starts at 12000 BC originating from China, Siberia and Mongolia and up to present day of medical and recreational use throughout the world. CBD has been used throughout history for medical purposes.

2. How is CBD different from THC?

Tetrahydrocannabinol (THC) is known for the “high,” psychoactive compound found in Cannabis, while CBD does not give you any form of “high” effect. CBD is known for its health compounds originating from the same cannabis flower. While the two are associated with one another they are two very different effective compounds used in various ways.

According to Healthline.com, “CBD and THC are chemically similar to your body’s endocannabinoids. This allows them to interact with your cannabinoid receptors. The interaction affects the release of neurotransmitters in your brain. Neurotransmitters are chemicals responsible for relaying messages between cells and have roles in pain, immune function, stress, and sleep, to name a few.”

While CBD and THC are active compounds, one has a very different effect than the other. CBD is known to help with alzheimers, anxiety and depression. It can also be used as an anti-inflammatory. It has stronger and healthier effects than taking an over the counter pain medication like ibuprofen or Advil. Although CBD and THC, both have similar medical benefits, THC has the euphoric sensation while CBD does not. CBD is used to help with other various conditions, such as: seizures, inflammation , pain, psychosis or mental disorders, inflammatory bowel disease and much more according to Healthline.

3. How is CBD that you buy from a licensed cannabis business different from what you buy in Whole Foods, for example?

According to Weedmaps, “Key indicators of quality CBD oil is the most reputable CBD oils include the following information on their labels: Amount of CBD as an active ingredient per serving, supplement Fact Panel, including other ingredients, net weight, manufacturer or distributor name, suggested use , Full-spectrum, broad-spectrum, or isolate and the batch or date code”

CBD is non psychoactive but has a number of the same medical benefits as THC. This allows you to take advantage of the therapeutic benefits without leaving you with the “stoned” feeling that often goes hand in hand with THC.

That said, marijuana-derived CBD products, or CBD products that contain THC, may be more effective than fiber hemp. But if you live in a state that hasn’t yet legalized medical marijuana or these strains are unavailable, you can still benefit from products containing industrial hemp-derived CBD.

4. Why should someone consider introducing CBD into their daily lives? And what are some health benefits from taking CBD?

People who deal with anxiety, take pain medication frequently or have issues with inflammation would highly benefit from incorporating CBD into their everyday routine.

Anxiety is an intense, excessive, and persistent worry and fear about everyday situations. Which can cause fast heart rate, rapid breathing, sweating and a tired feeling. According to adaa.org, “Anxiety disorders are the most common mental illness in the U.S., affecting 40 million adults in the United States age 18 and older, or 18.1% of the population every year.”

“A good rule of thumb when seeking cannabis strains for the treatment of anxiety is to stick to those with high CBD ratios, because CBD has been shown to reduce anxiety, and to avoid strains with high levels of THC, which can increase anxiety,” according to Leafwell.

Simply replacing any pain-killer such as ibuprofen, tylenol, and Advil with CBD can drastically change your health as well. Unlike pain killers, CBD is a health conscious and  holistic approach that has double, if not more of a stronger and more working effect than popping an over the counter pain killer.

“Inflammation is a complicated process involving many signalling pathways.” According to Leafly. “The body uses signalling molecules called eicosanoids to initiate the inflammatory response. One of the ways CBD can reduce inflammation is by inhibiting an eicosanoid enzyme called COX2. NSAID medications such as Advil and Aspirin also target COX2 in their method of action.” The article also states, “CBD also appears to affect a class of molecules important to the inflammation process called cytokines. CBD tends to reduce the effects of pro-inflammatory cytokines, thereby reducing inflammation.”

In addition to helping people with anxiety, pain and inflammation, CBD helps treat Alzheimer’s Disease.   CBD helps slow Alzheimer’s disease, which in short is a progressive disease that destroys memory and other important mental functions. According to alzheimers.net, THC can slow the production of beta-amyloid proteins, thought to be a hallmark characteristic and key contributor to the progression of Alzheimer’s.

“Cannabidiol (CBD) appears to be a neuroprotective, and could well help prevent Beta-Amyloid-induced toxicity in PC12 cells,” according to Leafwell.

The next time you’re feeling anxious, are sore from inflammation, or need to take pain medication, reach out to The Good People Farms and find out what CBD products we have available for you to incorporate into your daily regime.

The History of Medical Cannabis 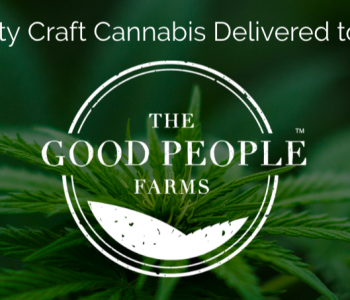 The History of Medical Cannabis

Happy September and Welcome to… 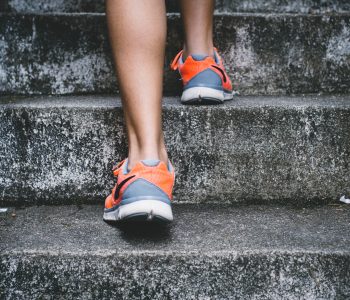 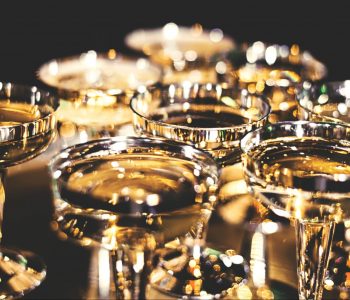 How to Discuss Weed at…